First started in 2017, the T10 League is a newly 10 over format cricket league owned by the T Ten Sports Management. Approved by the Emirates Cricket Board and officially sanctioned by the International Cricket Council, the current instalment of the T10 League has begun today on the 28th of January 2021 at the iconic Sheikh Zayed Stadium. 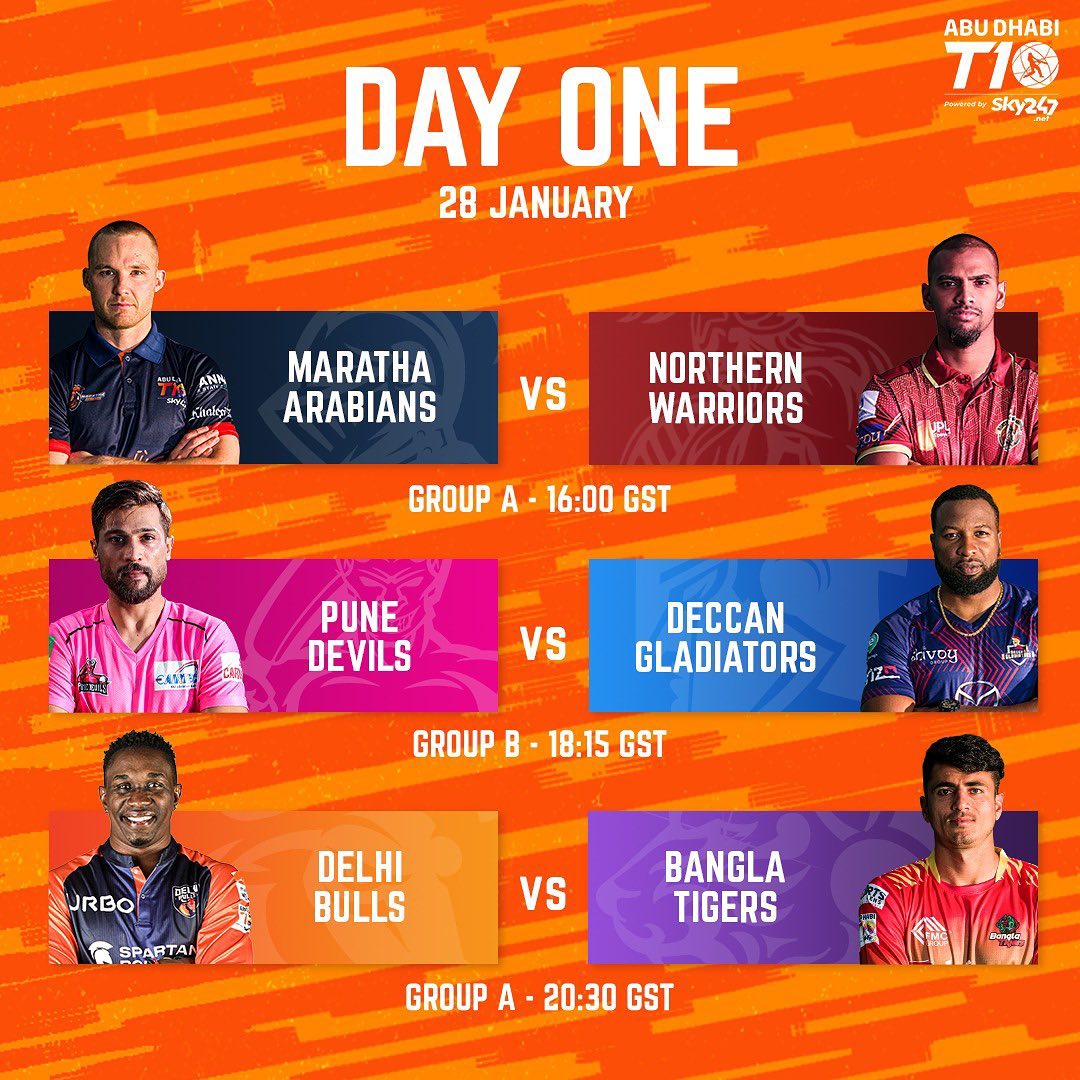 With a total of eight teams, they are divided into two groups of four each, just as was seen in the last season. Here is a quick glance at both of these groups:

Teams fighting sinking teeth to come out alive from the group stages with a total of 12 matches conducted in the group stages. The following super league after the group stages will have a total of 12 more, paving the way for the playoffs starting from February 5th. The top two teams from the playoffs will have to battle out in a qualifier to prove their mettle for a spot in the glorious finals. February 5th will also witness the first elimination match where the third and fourth team will battle it out. The loosing team from the qualifier will have to battle it out with the winner of the first eliminator to secure the second spot in the finals.

Stay tuned tomorrow for an action packed evening with three back to back matches. At 17:30 hours, Pune Devils will take on Qalandars. Following at 19:45 hours, Maratha Arabians will be taking on the Delhi Bulls and at 22:00 hours, Deccan Gladiators will be facing off against Team Abu Dhabi.

All matches of the Abu Dhabi T10 Leagues will be broadcasted all around the world. Here is a list of country wise broadcasting partners of the T10 League.

Fairplay News is the official sponsor of the Maratha Arabians and also an official broadcast partner for the Abu Dhabi T10 league. FairPlay News aims to be the biggest cricketing and sporting aggregator, bringing fans the most up to date scores and a secure platform. Stay tuned with them to get more updates related to sports news.