With the dust settling from the battleground of the iconic Sheikh Zayed Stadium, the 30th of January in 2021 saw the third set of affairs between the clashing titans. Before dwelling in today’s results, let us take a brief look at how the teams stacked up against each other in the previous matchday.

The first match of the 29th saw the Pune Devils facing off against The Qalandars. Qalandars emerged victorious by 9 wickets. Tom Kohler-Cadmore became the highest scorer of the match. In 10 overs, the Pune Devils set a target of 107 for the fall of 2 wickets. The Qalandars were able to chase the target by making 108 with the loss of only one wicket. The second match of the evening saw the Maratha Arabians facing off against the Delhi Bulls. The Delhi Bulls were able to beat the target of 87 set by the Maratha Arabians and scored 89 with just the loss of one wicket. The final match of the evening was fought between the Deccan Gladiators vs Team Abu Dhabi. The Deccan Gladiators won the match by 6 wickets and was able to chase down the target of 95 set by Team Abu Dhabi with just the loss of 4 wickets. 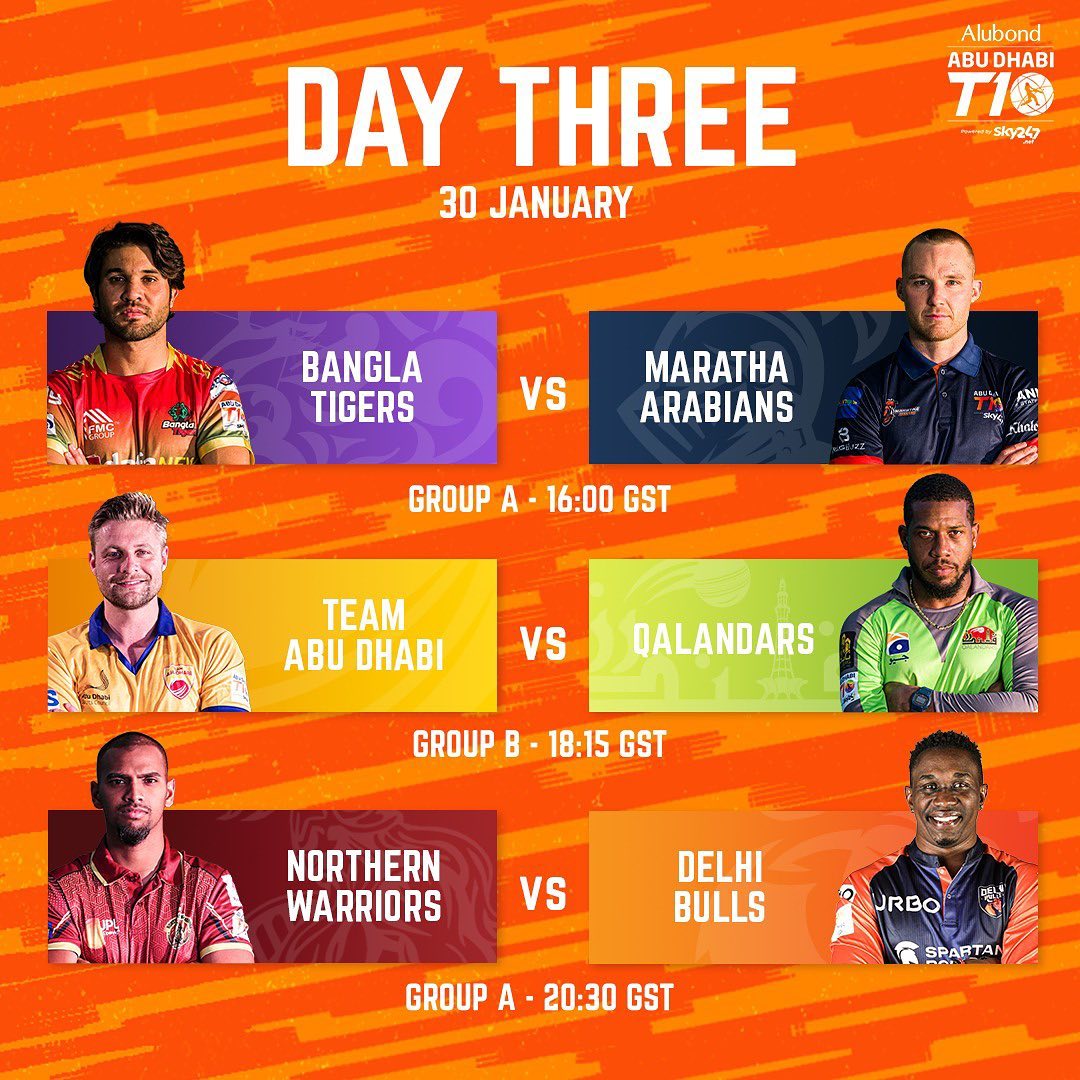 With fans waiting for the fourth day of the group stages, here is a look at tomorrow’s matches. At 1730 hours, Team Abu Dhabi will take on the Pune Devils. In the second encounter at 1945 hours, the Bangla Tigers will be taking on the Northern Warriors and the final match of the evening will be conducted at the 2200 hours and will be fought between the Qalandars and the Deccan Gladiators.

For more details, visit on https://fairplaynews.club/