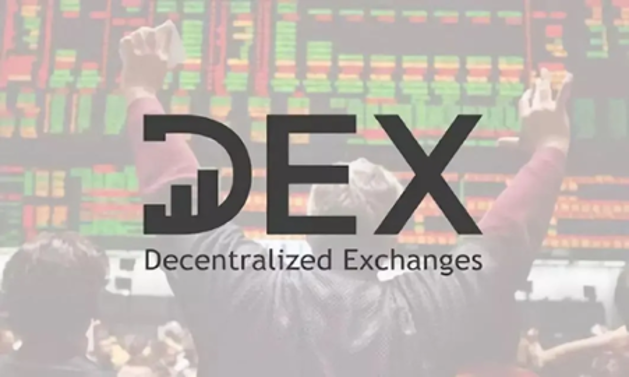 When talking about MDEX, what comes to your mind first?

Even after the recent two plummets along with the sharp decline of many DeFi mining returns, the yields of MDEX still remain high.

For example, market making and providing liquidity on MDEX (BSC version) through staking LP tokens, can earn benefits with the APR (annualized rate of return on simple interest) as high as 214%; even for mainstream trading pairs like WBNB/USDT, the yield rate is up to 68%. MDEX thus becomes the most ideal revenue generator for many investors who have disposal income and are interested in crypto investment. 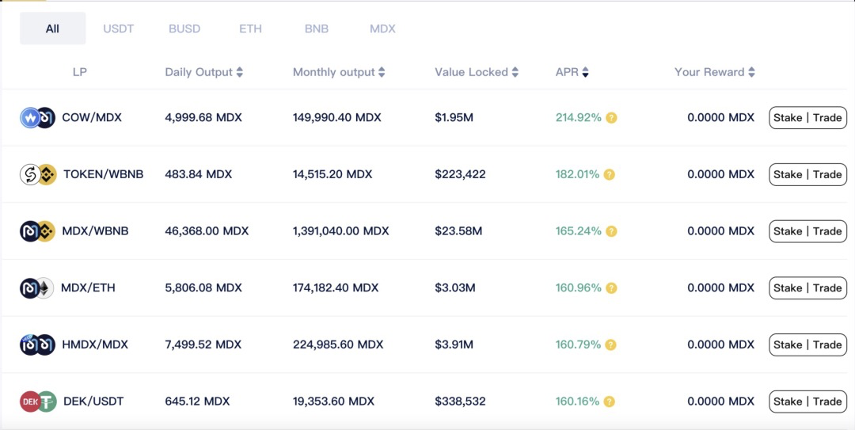 Since MDEX officially started transaction mining and liquidity mining on January 19, 2021, it has quickly dominated the rankings of major DEX in terms of transaction volume and TVL and has stayed on top.

The once HECO leader maintained its extraordinary competitiveness and leading position after migrating to BSC where it faces strong local rivals such as PancakeSwap.

According to Coingecko’s data on June 5, MDEX’s total transaction volume on dual chains of Heco and BSC topped the DEX transaction ranking, accounting for 45% of the entire decentralized exchange transaction volume, far exceeding Uniswap and PancakeSwap.

Both of these impressions are the highlights of MDEX and are the reason why many investors choose to invest in its token MDX. These compliments, however, are followed with complaints.

“Compared to CAKE, MDX price has not reached the expected level, and there is a lot of dissatisfaction,” complained Li Li, an investor in the Heco community.

In his opinion, the key reason why MDX price has been sluggish is that the “inflation” is too severe and there are too many “exploiters”.

“Both stablecoin vaults and big whales SBF (FTX founder) have come to mine on MDEX. Therefore, although the platform data does look nice, the selling pressure has been very high. The result is that big investors earn a lot of money while small investors like me lose a lot”.

Li Li believes that MDEX should strive for a balance between transaction volume/TVL and mining incentives, and the core lies in letting the tokens capture value. He gave his advice as follows:

Not long after his proposal, Lili was pleased that his original suggestion was going to become a reality.

On June 5, 2021, 138 days into the MDEX operation, the first MDX halving was officially launched: the new daily supply would be reduced from 4.6 million MDX to 2.3 million MDX.

According to the exchange rate of 1 MDX to 2.4 USDT on June 5, the halving would equate to a reduction in new daily market sell-offs from $11.04 million to $5.52 million.

Just as Bitcoin has a halving effect, the reduction in production will have a fundamental impact on the long-term supply and demand for MDX by increasing its value if demand remains constant and supply decreases.

Cryptocurrency analyst Mark believes that this effect will not occur overnight. Even for Bitcoin, it usually takes half a year before the “halving” market is fully visible.

The high inflation and inventory selling pressure constitute the barriers that hinder MDX token from appreciation. But when the inventory is sufficiently diluted and the new selling pressure is significantly reduced, MDX will slowly enter in an era of value discovery.

It is worth mentioning that since the first halving, the next halving cycles will be shortened to 3 months, and thereby the deflationary process will enter a speed-up phase. By early 2022, after the third reduction, the new daily supply of MDX will be sharply reduced to 575,000. In other words, time will become the friend of MDX and give it token value.

The first step of deflation: reduce the incremental rate;

The second step: reduce the stock. This is manifested in various types of platform tokens. That is, the project uses the profits from transactions in the exchange to repurchase the platform tokens and burn them, which is a practice MDX adopts as well.

According to relevant rules, MDEX will inject 30% of the daily platform revenue into the repurchase pool, and automatically execute the repurchase-burn when the repurchase price in the smart contract is triggered  (72-hour MDX average price).

In order to accelerate the burning process, MDEX also launched a fun campaign “Burning Black Hole”, which is similar to a lottery game, to help users make profits and accelerate deflation simultaneously.

According to the latest campaign plan, MDEX will establish a burning pool, with part of the funds invested by users and the other by MDEX team which will invest 300,000 USDT on a daily basis.

When users invest MDX into the burning pool, they will receive a random 5-digit number based on the block information. This number will be used as the burn voucher number for participating in the campaign.

If more than one person wins any prize, the bonus ratio will be determined by the MDX percentage in the burning pool. If there is no “Jupiler” winner in this round, the prize will be accumulated and reserved for the next round.

MDX production reduction: reduce new supply through daily repurchase and burn as well as by the Burning Black Hole campaign. A combination of the two mechanisms will reduce the actual average daily production by 63.16%.

If deflationary production reduction and the repurchase and burn are a self-initiated “supply-side reform” of MDEX, then on the demand side, a metamorphosis is also needed.

In the view of analyst Mark, demand is more important than supply.

“Supply is can be decided by the project but the demand is the real market. The key to measuring whether users accept your products and services lies in the market, which also determines the value of the token”.

Every DEX protocol needs to evolve. Uniswap released V3 version and gradually migrated to Layer2 to improve capital efficiency. MDEX, whose main battleground is Heco and BSC, does not have its own Layer2 anxiety, but it will also face the L2 challenge brought by Uniswap: a faster Ethereum network.

How to keep users in MDEX while holding MDX for a long time?MDEX needs to morph through evolution.

User experience is the basics to retain traders and bring in transaction volume and TVL, both of which are the cornerstones of building a sound ecology.  MDEX has developed three strategies to improve the user experience:

User experience is the basics to retain traders and bring in transaction volume and TVL, both of which are the cornerstones of building a sound ecology.  MDEX has developed three strategies to improve the user experience:

This is essentially an optimization of the AMM mechanism. It is similar to the improvements in Uniswap V3, where LPs can choose a concentrated price range when providing liquidity, allowing for the concentration of funds in the range where the most transaction occurs.

According to MDEX’s announcement, MDEX will provide a quotation display page and order book transaction function to fit users’ habits, so that investors who are used to centralized exchanges can also become long-term users of MDEX.

DEX is a starting point, but not the end. Both PancakeSwap and MDEX are seeking further growth and develop an expanded ecology, which is also a way to give its token value a broader growth space, rather than competing with rivals of the same field.

In terms of ecological building, MDEX’s idea is to expand its boundaries and include stable coins, derivatives in investment portfolios

In the field of derivatives, MDEX will gradually launch a series of innovative derivatives such as leveraged trading, option trading, and prediction market.

In addition to MDEX’s own ecological building, MDEX will also implement the M-LEAGUE program, which can be understood as supporting new DeFi forces. Its Foundation, MDEX Foundation will provide comprehensive resource support such as funding, technology and ecological cooperation to global high-quality developers and innovative projects.

In general, this idea is similar to the phenomenon in the Internet industry in which giants first strive to secure their moat business, and then explore outward to reach various key areas by taking advantage of capital and traffic. In this way, they can form their own ecological empire.

The dream is perfect, but how is reality like? Well, everything depends on MDEX’s efforts. Planning for the future, some manage to make it happen while others drift from it.

But in any case, for MDX investors, both the production reduction and future plan have given them visible hope. Do not fail them, MDEX.